Faith: Unique and Fruitful Effect of the New Birth

The Gospel Is News

In the beginning was the Word, and the Word was with God, and the Word was God. 2 He was in the beginning with God. 3 All things were made through him, and without him was not any thing made that was made. 4 In him was life, and the life was the light of men. 5 The light shines in the darkness, and the darkness has not overcome it. 6 There was a man sent from God, whose name was John. 7 He came as a witness, to bear witness about the light, that all might believe through him. 8 He was not the light, but came to bear witness about the light. 9 The true light, which enlightens everyone, was coming into the world. 10 He was in the world, and the world was made through him, yet the world did not know him. 11 He came to his own, and his own people did not receive him. 12 But to all who did receive him, who believed in his name, he gave the right to become children of God, 13 who were born, not of blood nor of the will of the flesh nor of the will of man, but of God. 14 And the Word became flesh and dwelt among us, and we have seen his glory, glory as of the only Son from the Father, full of grace and truth.

I was listening last week to Vishal Mangalwadi’s lecture “From Bach to Cobain”, which is part of a series that he gave at the University of Minnesota under the title “Must the Sun Set on the West?” In this lecture, he spoke briefly about the use of the mantra in Eastern religions. When I heard what he said, I thought: That will be very significant in helping me make one of my points in Sunday’s message, namely, how the “word” functions to bring about the new birth

So let try to make a connection between last week’s focus on 1 Peter 1:23 and this week’s focus on John 1:12-13 by means of pondering how a mantra differs from the gospel. It is amazing how many religious websites link the meaning to mantra to the Gospel of John, chapter one, verse one: “In the beginning was the Word, and the Word was with God, and the Word was God.” The point they make is that reality is essentially sound. And we can gain access to ultimate reality by repeating certain sacred sounds. Hence, mantra.

Knowing where you stand in this matter is very important. Some Christians, who don’t know what they believe about how God relates to us through the mind, lose their bearings and drift into the practices of Eastern religions without any sense that they may be cutting themselves off from Christ.

Now I would remind you, brothers, of the gospel I preached to you, which you received, in which you stand, and by which you are being saved, if you hold fast to the word I preached to you–unless you believed in vain. For I delivered to you as of first importance what I also received: that Christ died for our sins in accordance with the Scriptures, that he was buried, that he was raised on the third day in accordance with the Scriptures, and that he appeared to Cephas, then to the twelve. (1 Corinthians 15:1-5)

The Gospel Is News

In other words, the gospel is news. It’s about events that happened, that you can see with your eyes and touch with your hands and think about with your mind and describe with your mouth. It’s the news about the death of Jesus in history and his resurrection getting their meaning, as Paul says, from Scripture: “Christ died for our sins in accordance with the Scriptures.”

In other words, “hearing with faith” is what happens when we are “born again through the living and abiding word of God.” The gospel—the news about Jesus Christ—is preached, we hear it, and through it we are born again. That is, faith is brought into being. James 1:18: “Of his own will he brought us forth by the word of truth.” 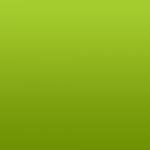