The Righteous Are Bold as a Lion

I heard the sound of you in the garden and I was afraid.

What we saw last week from Philippians 1:27–28 is that Christians are called to live a life that shows the worth of the gospel. «Lead a life worthy of the gospel,» Paul said. Let your life be an advertisement for how valuable the gospel is.

And then Paul said that one of the effects that the gospel has on the life of those who believe it is fearlessness. «Lead a life worthy of the gospel so that when I come I may find that you stand firm, unafraid of any of your opponents.» In other words, one of the ways that our lives show the worth of the gospel is when the gospel makes us bold and courageous and unafraid.

Now what we see today in Proverbs 28:1 is a powerful confirmation of that truth. It says, «The wicked flee when no one is pursuing, but the righteous are bold as a lion.» In other words, there is a correlation between wickedness and fear on the one hand, and righteousness and courage on the other hand. And the gospel is a message about how wicked people can get right with God through Jesus Christ so that they have a righteousness that makes them as bold as a lion.

Let’s begin our thinking about this verse by removing a misunderstanding. When Proverbs says that «the wicked flee when no one is pursuing,» and, «the righteous are bold as a lion,» it does not mean that there are no bold wicked people, and no times when the righteous become timid. It means that in general there is something about wickedness that leads to fear and something about righteousness that leads to boldness.

The reason we know this is because, for example, in Proverbs 14:16 it says that the fool «rages and is bold» (the same Hebrew word as used here for what the righteous do—they’re bold as a lion). Most versions translate the word «careless»—»the fool rages and is careless.» The verse means that it is possible for a fool who doesn’t even believe in God, let alone the gospel, to act in a bold and reckless way, and even risk his life.

So the point of Proverbs 28:1 is not that the wicked can’t ever act in bold and reckless ways. In fact for the sake of more wickedness there is often an utterly foolish willingness to take crazy risks (promiscuous sex, mind-altering drugs, dirty needles, dangerous speeding, Russian roulette, all kinds of criminal acts). Proverbs 28:1 doesn’t have in mind that kind of boldness when it says the righteous have it and the wicked don’t. The boldness in view is the boldness required for a just cause.

Illustrated in the Life of Adam

The earliest example of this is Adam in the garden of Eden. He sins against the Lord. He acts wickedly, believing the serpent instead of God his Father. Then Genesis 3:8 says that Adam and Eve «heard the sound of the Lord walking in the garden in the cool of the day.» Not stalking, just walking. He is not pursuing. He is there, as he often was for the good of his people. But things were not the same now. Adam and Eve now have a bad conscience. And a bad conscience makes breezes into burglars and shadows into ghosts and police into adversaries and parents into police and God into an enemy—even when they are not.

Verse 8 goes on: «And the man and his wife hid themselves from the presence of the Lord God among the trees of the garden.» And then the Lord called to the man and said, «Where are you?» And Adam said, «I heard the sound of you in the garden and I was afraid.»

Never before did Adam have to flee at the arrival of God. And now he flees when no one is pursuing. Why? Because his conscience condemns him and he hears this condemnation in every breeze that blows and every creak in the door and every whistle on the field; he sees it in every shadow and every flashing light; and he feels it in the presence of God. 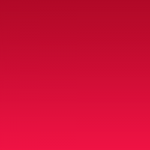 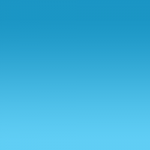 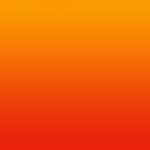